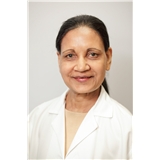 Prenatal testing is an important part of prenatal care, essential in ensuring the healthy growth and development of the fetus. Women who receive prenatal care have healthier babies, are less likely to deliver prematurely, and have fewer pregnancy-related problems. Prenatal care should begin as early as possible in the pregnancy. Doctor visits are usually monthly, and become more frequent as the pregnancy progresses. Routine tests at these visits include urine testing and blood-pressure checks. In addition, there are several prenatal tests performed only at specific times during the pregnancy. They are administered to monitor the health of the fetus and, in some cases, the mother.

A variety of prenatal tests are performed to monitor fetal health, and identify anything that can lead to complications. After initial blood and urine tests to confirm a pregnancy, additional prenatal tests often include those below.

Cell-free DNA testing is a noninvasive way of testing fetal DNA by using the mother's blood. It can be performed at 10 weeks gestation, and is used to determine whether the fetus has a genetic condition, such as Down syndrome. It is usually only recommended if a previous ultrasound has detected a birth defect, or if the woman has previously given birth to a child with a genetic condition or birth defect.

Chorionic villus sampling (CVS) is commonly performed at 10 to 12 weeks gestation. Like the cell-free DNA test, it is used to determine whether the fetus has a genetic condition such as Down syndrome. During the test, a sample of chorionic villi is removed from the placenta for testing. Ultrasound guidance may be used with this test.

The alpha-fetoprotein (AFP) test examines the level of alpha-fetoprotein in the mother's blood during pregnancy. This test is commonly performed between the 14th and 18th weeks of gestation. A blood sample is taken from the mother to measure her AFP blood levels, a possible indicator of certain genetic conditions or birth defects.

A fetal ultrasound (sonogram) is an imaging technique that produces computer pictures of the fetus. This test is commonly performed at 18 to 20 weeks of pregnancy. Fetal ultrasound images help to monitor the fetus's growth and development and determine how the pregnancy is progressing. They also provide information about the baby's gender.

Nuchal translucency screening is commonly performed at 11 to 14 weeks of pregnancy. During the screening, an ultrasound is used to measure the thickness of the back of the fetus's neck. This information obtained from the ultrasound, in conjunction with a blood test, is used to determine whether Down syndrome is present.

Amniocentesis is commonly performed at 15 to 20 weeks gestation to determine whether the fetus has Down syndrome or another genetic condition. During the test, a thin needle is inserted into the mother's abdomen to suction out a small amount of tissue and cells from the amniotic fluid that surrounds the fetus. This test is usually only performed if the mother is of advanced age or has a high risk of having a child with a genetic condition.

Glucose screening is normally performed at 24 to 28 weeks of pregnancy; it is used to test for gestational diabetes. The mother consumes a sugary drink, and her blood is tested an hour later to measure her blood-sugar levels. It is important that a mother diagnosed with gestational diabetes be carefully monitored because the condition can adversely affect the fetus.

Group B Streptococcus infection screening is often performed at 35 to 37 weeks of pregnancy. It is used to determine the presence of any Streptococcus bacteria, which can spread serious infection to the fetus. Swabs are used to take samples from the mother's vagina and rectum. A woman who tests positive for this bacteria will need antibiotics when she is in labor.

Urine testing is performed throughout the pregnancy to test for diabetes, preeclampsia and infection.